Upcoming film adaptations of Carroll's books (updated when there is news!)

NOTE: This list does not cover films using Carroll's characters only, so Come Away and Dorothy and Alice are not included.

This list comes with a massive disclaimer, some these film versions are in production or development, and so some in development stage could still get scrapped!

A list of upcoming film works based on Carroll.

Based on the Alice books:

Carroll's Alice as relocated to the Brazilian outback. When little Alice sees an unusual black goat and follows it, she stumbles into a strange and brilliant world of wonders: a world that is also under threat from a local colonel.

Alice Through the Looking

Biting political satire and whimsy mesh together in this modern reinterpretation of Alice for adults. Set on the day of the infamous 2016 UK referendum on EU membership, Alice stumbles into an alternate London that is quite strange but oddly familiar...

Status: Released in Italy on amazon Prime (but not elsewhere at the moment)

Experimental crowdfunded film, inspired by Carroll's books and based off a successful stage play. At her 18th birthday party, Alice finds she cannot cope with the pressures of becoming an adult and descends into a strange fantasy place that reflects her mental health and state of mind.

In the Land of Wonder (في أرض العجائب)

A modern adaptation of Lewis Carroll's Alice, transported to Cairo. When ten year old Alice sees the rabbit belonging to her magician father scramble out of the house carrying a watch, she's drawn into a bizarre city which vaguely resembles her home.

The Hunting of The Snark

A crowdfunded adaptation of Lewis Carroll's classic poem about a strange crew who get into an even stranger predicament when they try and hunt the mythical Snark. Includes references to Carroll's other work too. Premiere was set in 2020 but stalled due to coronavirus.

Based on Sylvie and Bruno

Very little about these films (currently at conceptual stage) is known. There is only one entry on IMDB:

Sylvie and her younger brother Bruno escape the repressed Victorian era to explore a world of fantasy and wonderment.

If they do make it to production, they would be the first ever adaptations of this notoriously tricky source material. Its currently unknown if the plot will include the real world strand as well as the Outland stories. 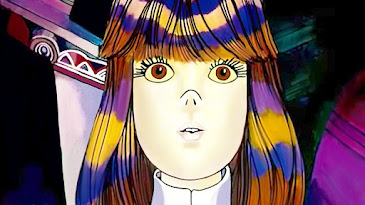 THIS BLOG ON SOCIAL MEDIA

So she began again: `Ou est ma chatte?’ which was the first sentence in her French lesson-book.